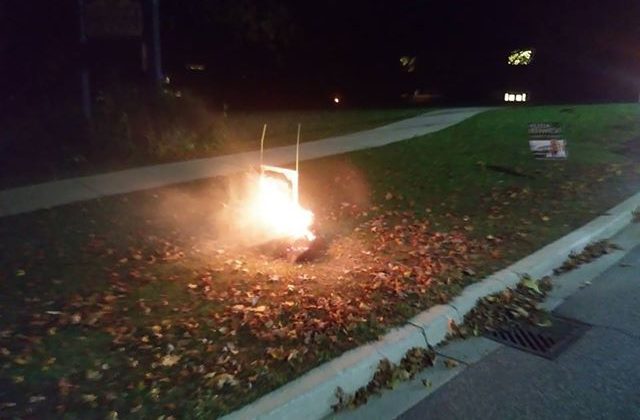 This election is heating up, literally.

With the election less than a month away from finishing, Huntsville has one less candidate sign after a tow truck driver found one of Peggy Peterson’s signs engulfed in flames.

Steve Rowan, was driving around because he couldn’t sleep when he came across the tow truck driver and the burning sign, which Rowan says, was set up on a hay bale. Rowan says that it was around 11:00pm when this happened, adding that the tow truck driver called the O.P.P. and the officer arrived and put out the blaze.

Tampering or destroying electoral signs can result in criminal charges.