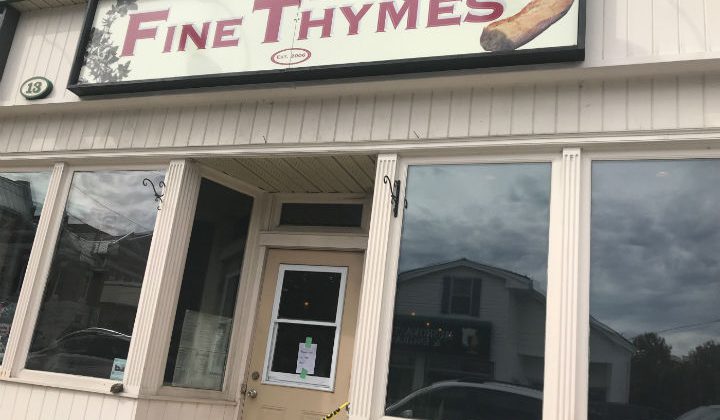 A fire in downtown Bracebridge has temporarily closed a small restaurant.

“It was an oxygen-starved fire,” he confirmed. “The windows were hot to the touch but we got in and got it under control pretty quick.”

A total of 19 firefighters and four trucks responded to the incident at 13 Taylor Street. “This could have been a lot worse,” said Cayley. “A passerby called it in after hearing the smoke alarm.”

Owner Elizabeth Paquin said they didn’t know when they would be reopening, but as the damage was limited to smoke and water, existing catering orders were not affected and they would be fulfilling orders for this weekend.

It was a busy night for the Bracebridge brigade as there was also a truck fire this morning at 6:00am on Wellington Court. A Dodge truck was destroyed in the blaze.