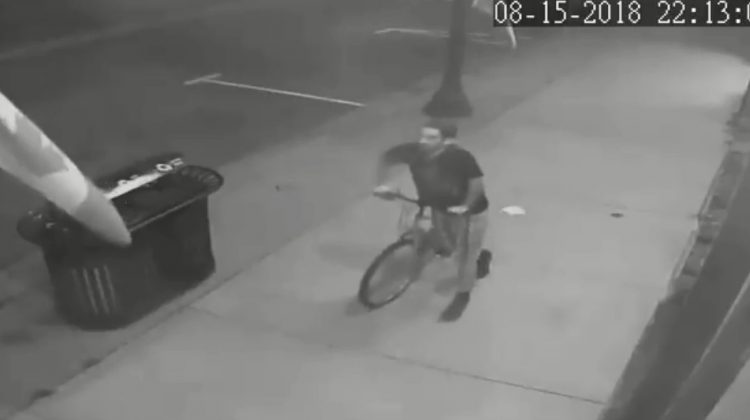 Bracebridge OPP is releasing new details on an assault that happened in Gravenhurst in August.

New security footage released by police shows a man on a bike walking down a sidewalk. The OPP says this man is a suspect who is wanted for questioning in relation to the assault. On August 15th, a man had to be taken to hospital with life-threatening injuries after being attacked on Muskoka Road South.

Anyone who recognizes the man in the footage is asked to call the OPP or leave an anonymous tip with Crime Stoppers by calling 1-888-222-TIPS.

You can view the footage below:

Can you identify this person? This male is a suspect in an assault from Aug 15 in #Gravenhurst. Investigators are looking for information that will identify this male. Contact #BbrOPP crime unit at 705-645-2211 or Crime Stoppers at 888-222-TIPS. @CrimeSDM ^jf pic.twitter.com/adIkknb9zj