Hydro Situation Much Improved on Sunday 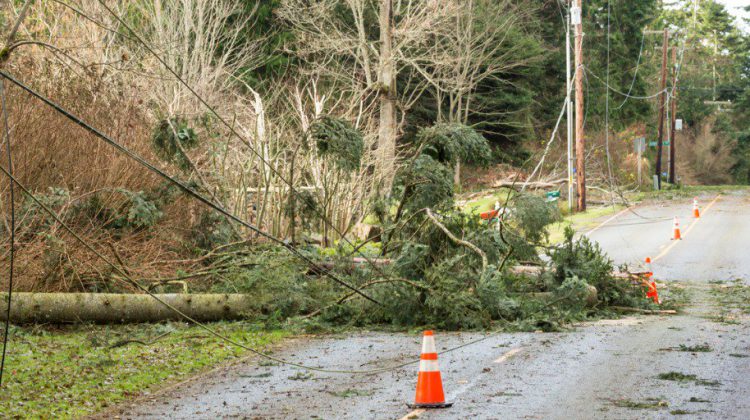 The main culprit for the power outages has been downed trees. (Twitter photo - Hydro One)

Update from Hydro One at 11 p.m. Sunday:

Restoration efforts continue as Hydro One has restored approximately 363,696 customers, with 399,266 customers affected across the province since the start of the event.

At this time there are approximately 35,522 customers without power across Hydro One’s distribution system.

Approximately 21,569 Hydro One customers in the Central region remain without power at this time.

All available crews are responding to outages as quickly and safely as possible. Hydro One has approximately 317 staff working in the region along with 3 helicopters and assistance from multiple local distribution companies in the region. There are approximately 21 poles that have been damaged and are being replaced.

Sunday Morning Report: Nearly 66,000 customers were affected in the area through Friday and Saturday.

Lake of Bays and area has just under a thousand customers and while the map is classifying the outage reason as still outstanding the belief is it will be restored Monday afternoon by 4:00 p.m.

Along Highway 60 there are still a few pockets of areas without power, affecting around 250 homes with a similar Monday evening forecast for power restoration.

In the Muskoka Lakes area, there are still a number of areas with around 500 customers affected overall.

Fire officials are asking people to be vigilant about turning off appliances that might have been in use prior to the storm and subsequent blackout. There were some isolated cases of small fires from things like stoves and irons coming back on while unattended.

Also unless you are very sure about the status of your freezer and whether or not it stayed frozen during the outage, you should be cautious with foods that may have thawed and refrozen while you were away from your property.