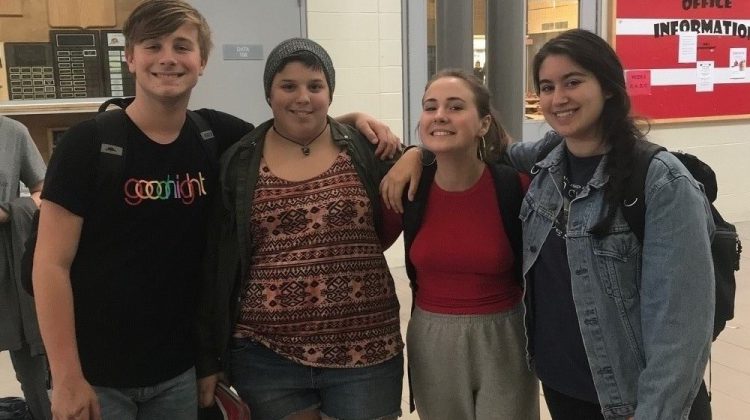 Some local students aren’t happy with being taught 20-year-old material, so they’re doing something about it.

Kendra MacDonald and her classmates at Bracebridge and Muskoka Lakes Secondary School are holding a walkout tomorrow. The walkout is in protest of Premier Doug Ford’s decision to revert Ontario back to the Health and Physical Education curriculum from 1998, scrapping the former Liberal government’s 2015 updates.

The biggest controversy with that decision stems from the sexual education component of it. Critics say the 1998 version is out of date and doesn’t address things like consent or modern issues like online bullying, sexting, same-sex marriage and gender identity; things the 2015 updates were meant to deal with.

“We do not, obviously, agree with Doug Ford’s decision to do this,” says MacDonald.  “We feel that if he reverts back to the 1998 curriculum for sex-ed that the important talk of mental health, consent, safe sex, and LGBTQ+ and Indigenous communities is not going to be shared, and we feel if kids who are struggling with their sexuality and don’t know how to come out to anyone will then feel isolated and if they do not know how to speak about it, it’ll also bring in mental health issues as well.”

The 16-year-old MacDonald says the 1998 curriculum has no relevance at all to people her age.

MacDonald says this issue is a very big deal to her and her classmates because they have friends that are part of the LGBTQ+ community.

“It sucks to know that a political figure wants to exclude them from everyday life,” she says, adding the topic comes up with high school students more than people think because “we are surrounded by it more than most people would think.”

She added, “It’s something that, whether we like it or not, is in our society now and we can either accept it, which I think a lot of people should, and that is what we have done. And we want to spread that.”

According to MacDonald she says at least 50 students are going to be taking part in tomorrow’s walkout, which is a lot more than she expected to participate.

She’s hoping the community’s response to the walkout is a positive one and that people can change their views and be more accepting of things like the LGBTQ+ and Indigenous communities being part of the curriculum because “it is a part of our history and society now.” MacDonald is also hoping people support them in their protest against Doug Ford.

The Bracebridge and Muskoka Lakes Secondary School walkout is happening from 1:00pm to 3:00pm.  The students will be gathering in front of Parry Sound-Muskoka MPP Norm Miller’s on Manitoba Street.