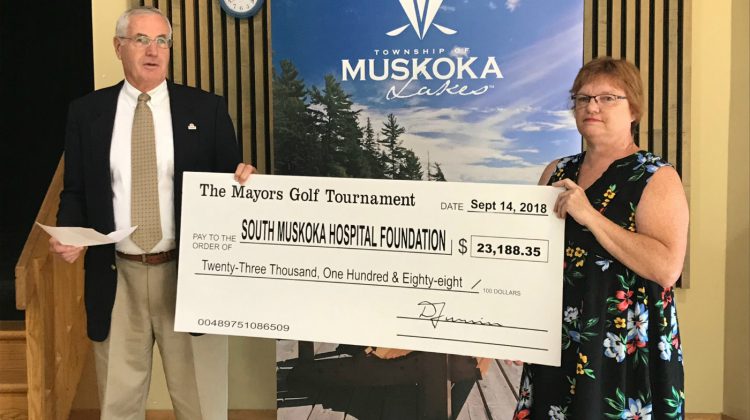 A round of golf has helped the South Muskoka Hospital Foundation in a big way. 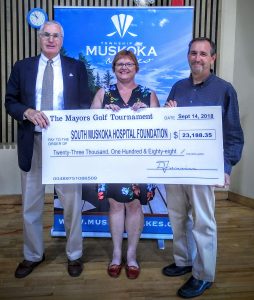 Muskoka Lakes Mayor Don Furniss announced that $23,188.35 will go to the foundation as the result of fundraising done through the annual Mayor’s Golf Tournament.

80 golfers and 30 sponsors helped pull in the amount that will furnish South Muskoka Hospital with specific items chosen by the tournament’s committee.

“The funds have gone to various community activities,” Furniss explained. “We’ve made donations to West Muskoka Food Bank, …donations to the two curling clubs, the Andy Potts Foundation. This year we decided to use the proceeds to help the South Muskoka Hospital Foundation.”

“We asked the Hospital Foundation what their capital needs were,” says Furniss

The items included two crash cart standardizations totaling $10,000, a vital signs monitor with a $6,000 price tag and a specialty monitor worth $7,000.

The 20th Annual Mayor’s Golf Classic was held on June 25, 2018 at The Rock Golf Course in Minett, Ontario.

The plan had been for the executive director for the Foundation, Colin Miller to accept the cheque at the start of the meeting, but he did attend at the end (see inset photo). Mayor Furniss made the announcement prior to Friday morning’s regularly scheduled council meeting in Port Carling.