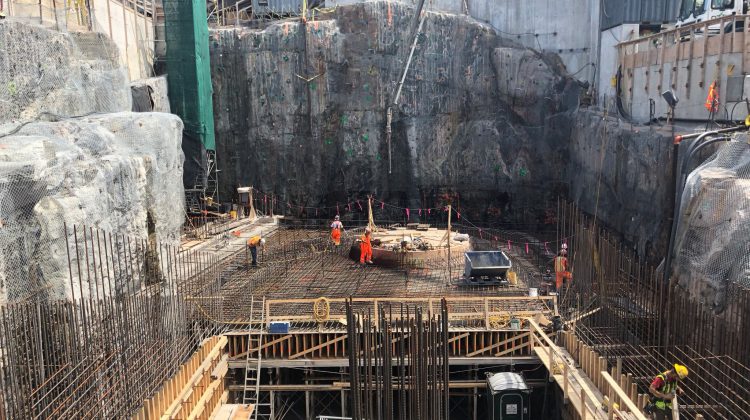 Norm Miller says it was a tough decision, but one Doug Ford was forced to make.

The Parry Sound Muskoka MPP said Premier Ford’s decision to let the Bala Falls hydroelectric dam project continue was based on fiscal responsibility. He said the cost to the province was just too high.

“Premier Ford also promised the government would look out for people’s money,” said Miller. “The cost of cancelling this project at this late date would not be financially responsible, up to $100 million.”

Ford visited the residents of Bala during his campaign period and promised to cancel the dam project, calling it a big scam created by the Liberal government. Miller says he believes Ford was sincere when he made this promise and just didn’t have all the details.

“Once you get into government you have the experts at hand to dig deep and give you the correct information on what it would actually cost.”

He said the Ford government did follow through with promises to cancel other Liberal-led green energy projects that hadn’t advanced to the stage of construction that the Bala Falls hydroelectric dam had.

Miller said he understands some people will be disappointed with Doug Ford’s decision, but he will be keeping an eye on the project to make sure it continues to run smoothly.

“It’s certainly time to move on and heal the divisions in the community and make the best of what’s there,” said Miller. “I want to see the most aesthetically pleasing project that certainly will be (the) least offensive to people.”

Ontario Green Party representative for the Parry Sound Muskoka region Matt Richter said Doug Ford was harvesting votes by misleading the Bala residents when he made the promise to shut down construction. Richter says because the project has to move forward, the province should now be looking to negotiate a profit-sharing plan to put funds back into the Muskoka Lakes community.

Miller said he’s not able to comment on this type of plan as he’s not familiar with the original agreement made between the Liberals and Swift River Energy when the contract for the dam was signed.

SaveTheBalaFalls.com organizer Mitchell Shnier said the Premier is choosing to sellout the Bala community by breaking his promise. Shnier vowed to fight this decision, warning Ford will own this decision personally. The advocacy group is also challenging Miller to attend an event on Saturday in Bala to answer to his constituents. The rally is being held at noon near the dam construction site.