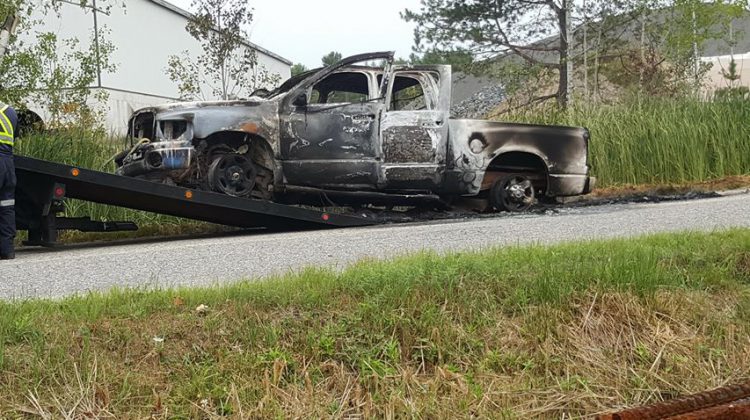 Police are continuing to search for a suspect in a string of vehicle thefts in the area.

OPP detachments in Parry Sound and Muskoka are involved in the investigation after multiple vehicles were stolen including ATVs, Sea-Doos and a flat-bed trailer. A dodge ram truck stolen from the Almaguin area last week was found burned out in Parry Sound yesterday. This comes after a suburban, believed to be connected to the crimes, was discovered on fire in Huntsville on Sunday.

Orillia OPP then reported a stolen vehicle from Parry Sound was discovered at a Severn Township property where a Jeep Wrangler had been stolen on Tuesday afternoon. Orillia OPP has not connected this crime to the investigation in Parry Sound and Muskoka.

In both investigations police have warned witnesses to stay away from the suspect and call 911 immediately. Police on the lookout for stolen truck that eluded capture