Meet Your Candidates: Peggy Peterson Running for Mayor of Huntsville 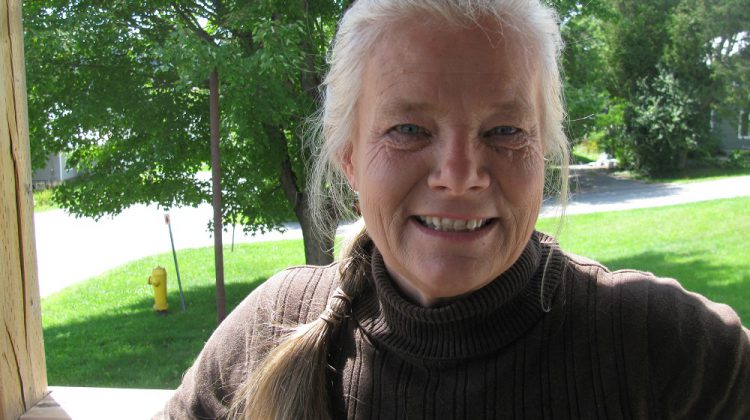 When voters in Huntsville go to the polls this fall, they’ll have two choices for mayor. One of those choices is Peggy Peterson.

Peterson filed her nomination papers about an hour before the cut-off point on July 27th. She says she’s very familiar with the town and the issues it faces, having lived here since she was eight-years-old. Peterson has, by her own account, stayed on the outskirts of municipal politics and observed.  She believes now is her time to step up.

Her decision to run for mayor was prompted by what she calls her belief in democracy, and that voters need to have a choice.

Peterson says she interested in healthy economies, ecologies and creating healthy communities, and that her message is “our ecology is our economy.” She says Huntsville is at a “crossroads of a number of issues”, including the town’s development, footprint, and economy.

With the various processes, committees, and other things the town has gone through, such as the year-long sustainability program, Peterson believes it’s been demonstrated that the people of Huntsville want their water and land protected. However, she thinks that town council doesn’t take that desire seriously, only offering surface actions with no depth.

Although Peterson has never sat on a municipal council before she has experiences that she believes would help her if she were to be elected mayor. Those include a six-year stint as the District Manager of the Canadian Federation of Independent Business for both Muskoka and the Orillia area.

She says that experience in the business sector has shown her how important it is to “keep the temperature” of what’s happening with business and the issues affecting that sector. Peterson also believes she’s more than capable of fulfilling what she sees as the primary role of mayor: facilitating and managing council and committee meetings in a fair, balanced, civil and unbiased manner.

She says overall she’s excited about her campaign and has opted for an environmentally friendly approach by not making use of lawn signs. The municipal election is set for October 22nd.  Peterson is running against incumbent Scott Aitchison.