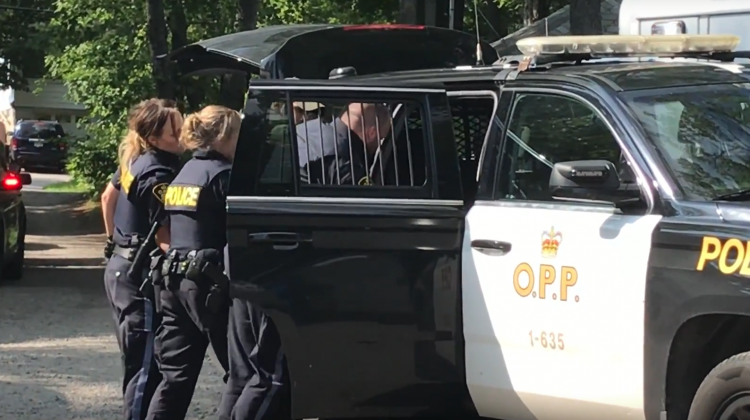 The victim in Saturday's murder of a 67-year-old man has been identified and charges have been laid. (Doug Crosse Photo)

Ontario Provincial Police have released the identity of the man killed on Kahshe Lake on Saturday.

67-year-old John Kehl of Brampton was found dead by police, who were responding to a call about a violent altercation.

Kehl’s son Adam, 30, of British Columbia, was charged with second-degree murder in his father’s death. He was also charged with indignity to a dead body and assault.

The accused has been remanded into custody and is scheduled to appear at the Ontario Court of Justice in Bracebridge Monday for a bail hearing.

An autopsy will be performed by the Office of the Chief Coroner at a date to be confirmed.

The investigation is being headed up by Detective Inspector Gerald Scherer out of the OPP’s Criminal Investigation Branch.