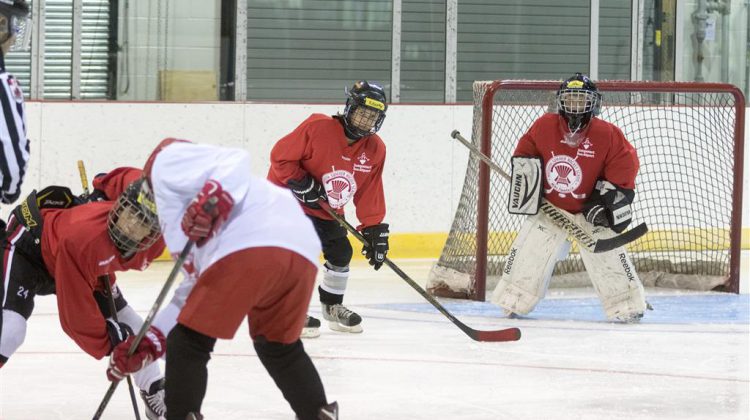 For 30 years kids have been coming to the Muskoka Summer Hockey School. At first, it was under the tutelage of National Hockey League enforcer and current VP of NHL operations Kris King. Three years ago he sold the popular school, that features two weeks of summer programming, to former NHL and European Pro Mike Fountain.

The kids keep coming and having a good time while getting top coaching during their days in Gravenhurst.

Fountain is proud of owning the school he once attended as a teenager.

Fountain says getting a large group of kids that are essentially strangers at the beginning of the week and watching them become friends is very satisfying.

Over a 17-year career, Fountain played a lot of hockey, but he agrees that today’s young hockey players need to play other sports.

“It’s great to be going to a camp for two weeks in the summer but let’s not be playing three or four games a week,” he emphasizes. “I personally played baseball, basketball, tennis.”

The one big benefit out of the summer school is the money raised for local kids in Gravenhurst to participate in activities. Over two summers $6,000 has been raised for the Children’s Foundation of Muskoka. Numerous donations from NHL teams and lots of signed memorabilia

“That is 60 kids we can reach,” explained Fountain. “With that money, we can get them doing an activity whether it’s learning a sport or playing guitar, it doesn’t matter. I just think its great we can do that.”