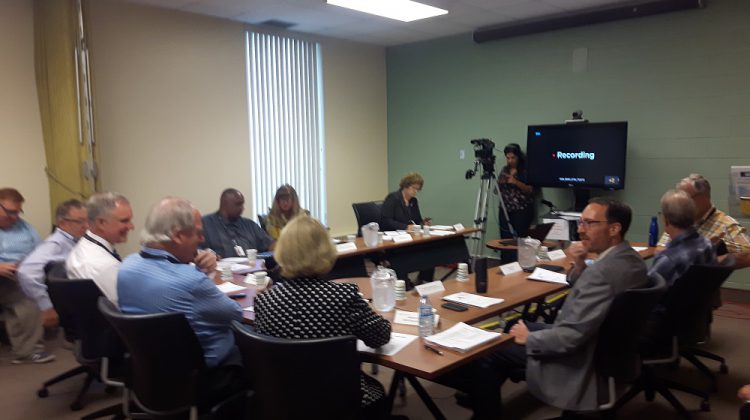 The Muskoka Algonquin Healthcare Board of Directors agrees with its task force.

During Wednesday’s presentation, the task force said the two acute care sites model met the most criteria for providing quality care to the area.  Those criteria include accessibility for residents and community support.  Community support is an important component because without that support, the task force pointed out, the necessary fundraising for the project would be difficult.

Both Bracebridge Mayor Graydon Smith and Huntsville Mayor Scott Aitchison said at Wednesday’s meeting they were pleased with the task force’s recommendation.  Similarly, both are pleased the MAHC board has approved the recommendation.

“The maintenance of acute care services is vital to the long-term sustainability of both Bracebridge and Huntsville and is crucial for the provision of adequate healthcare services for the residents and visitors in Muskoka” said Mayor Smith. “We are pleased that the MAHC Board has responded to municipal input and we look forward to supporting the Board’s decision when it is brought forward to the NSM-LHIN and the Ministry of Health and Long-term Care.”

“Huntsville, Bracebridge and the other municipalities in Muskoka and East Parry Sound have shown real leadership in addressing hospital planning issues for this region,” said Mayor Aitchison. “We are pleased that the concerns expressed by the municipalities have been recognized and that the MAHC Board has endorsed a model that addresses local concerns.”

The Mayors of Bracebridge and Huntsville say they’re hoping to meet with the Minister of Health and Long-term Care at the upcoming Association of Municipalities of Ontario conference to continue their advocacy on behalf of the people of Muskoka and East Parry Sound.

The board’s support paves the way for the task force to move on to the next step in the process. That step is designing both the two acute sites model and a fundraising plan.  A big focus on design will be the infrastructure approach, whether that means a new build, a renovation, or a combination of both.

Once that’s done and the North Simcoe Muskoka LHIN has had a look the plan will be sent to the Ministry of Health and Long-Term Care for approval to continue on to the next stage in the lengthy capital planning process.