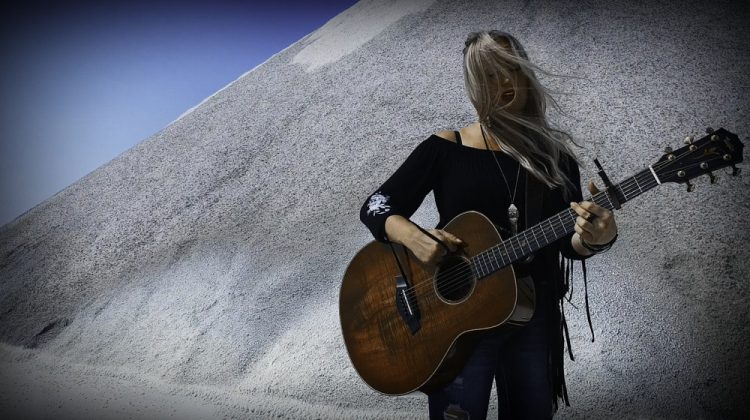 The Parry Sound 33 fire has touched a lot of people, and one of them has written a song about it.

Sudbury musician JoPo has released a single and music video entitled “Parry Sound 33”. She says the song is a tribute not only to the firefighters and volunteers battling that massive blaze but to all of them fighting all the fires throughout northeastern Ontario.

JoPo says experiencing part of the fire first hand is what inspired her to write the tune.  She says she was out camping on Lake Panache recently and could see and smell a lot of smoke, and then had the same experience a couple days late in Sudbury.

JoPo says she’s a storyteller and uses her songs to tell true stories about things like miners, veterans and in this case, firefighters, “like a northern Johnny Cash I guess you could say.” JoPo says she hopes the thing people take away from her song is the “extreme extent” of what’s going on with the Parry Sound 33 fire.

JoPo says she spent some time visiting French River, Britt and Parry Sound, meeting with MNRF fire managers and volunteers; an experience she calls “emotional to say the least.”

“From seeing the bunkers and tents the front line workers are sleeping in, to speaking with management about what they are currently going through, the helicopters landing and taking off with water buckets. We had the opportunity to meet and shake hands with some of the hard-working volunteers at Sobey’s in Parry Sound who are donating their time prepping food boxes and coolers which are then transported to the front-line workers – it really hit our heartstrings”.

As part of her tribute to the firefighters, JoPo is encouraging people to donate to the GoFundMe account set up for the late Jerry Gadwa’s 10-year-old son. Gadwa, a member of the Kehewin Cree Nation in Alberta, died on July 26th fighting the forest fires in northern Ontario. You can find that page by following this link.