No one hurt in Gravenhurst house fire 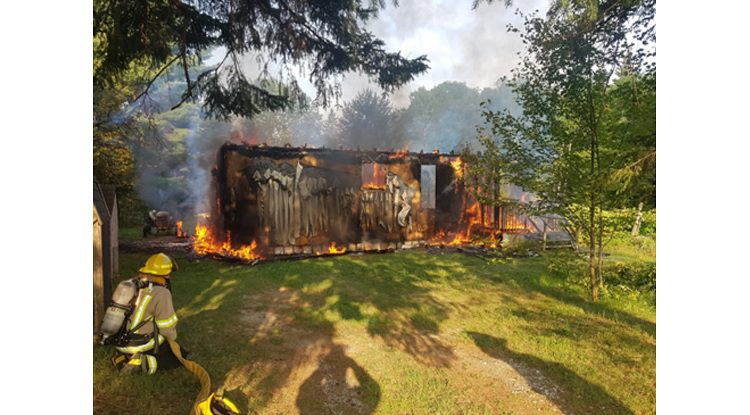 There were no injuries after a house fire broke out in Gravenhurst.

Firefighters were called to the home on Barkway Road yesterday morning. Neighbours reported the fire.

When they arrived the first crews found the home fully engulfed in flames. The Gravenhurst Fire Department had to put a call into the Bracebridge Fire Department for additional water tankers to help battle the blaze.

There was only one person inside the home and they were helped out by a neighbour. The cause is not believed to be suspicious but the Gravenhurst Fire Department says more investigation is being done.

“Early detection was critical in the outcome of this incident,” said Deputy Chief Todd Clapp in a release.  “Local residents were very helpful in making the homeowner aware of the situation and helped him exit the home with no injuries.”