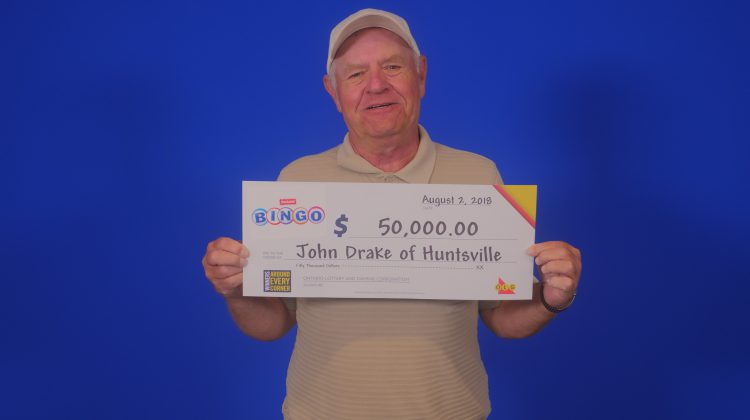 A Huntsville man is adding to his retirement fund with a big win from OLG.

Seventy-year-old John Drake is the winner of  $50,000 jackpot from a Bingo ticket he purchased in town. Drake says as soon as he saw the numbers he went into the backyard and informed his wife they had to go to Toronto because he was a big winner.

This isn’t Drake’s first foray with lotto winnings, as he won $10,000 on a Bingo ticket he purchased in the 90s. He said that original win was what pushed him to keep playing the scratch tickets for the next 30 years.

Drake is also the second big winner to be announced in Huntsville after Todd Teklenburg matched his ENCORE numbers on a LottoMax ticket to the $100,000 prize.

The winning ticket was purchased at Shoppers Drug Mart in Huntsville.