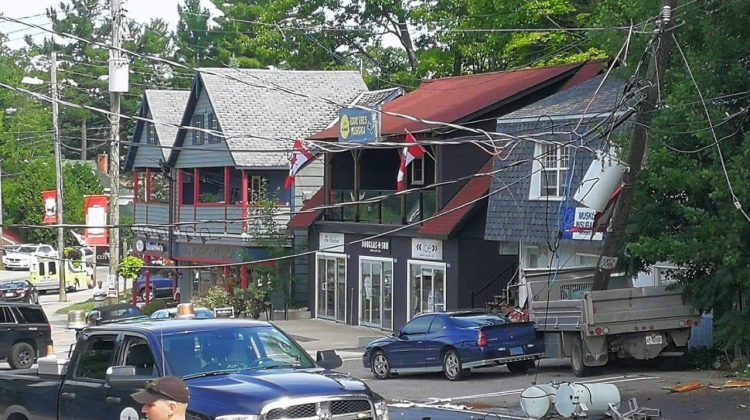 (Update – power is still being repaired with a predicted 2:30 PM restoration by Hydro One.)

Traffic is now moving in both directions along Highway 118.

A downed hydro pole in Port Carling has traffic at a standstill in both directions. Unconfirmed reports are stating an up to a two-hour delay.

The only detour is Muskoka Road 169 which will result in an hour drive taking you through Gravenhurst.

Reports from various motorists reveal they are being told between four and five hours before the problem will be resolved.

Emergency electrical work is also being done on the Lift bridge in Port Carling, but the liftgate lights are bagged and the bridge is in the down position.

Stay tuned to Moose FM for up to date reports and we will also be updating the website throughout the day.

Here’s the suggested detour by the District of Muskoka:

Courtesy of the District of Muskoka