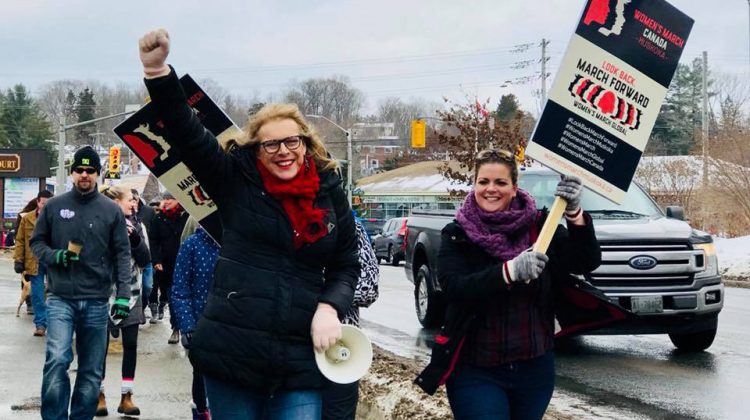 A local organization isn’t pleased with Premier Doug Ford scrapping the 2015 sex-ed curriculum, so they’re taking it to the streets. Women’s March Muskoka will be staging a protest in front of Parry Sound-Muskoka MPP Norm Miller’s constituency office in Bracebridge, 165 Manitoba Street, this weekend.

The 2015 curriculum will be replaced with the previous 1998 curriculum which critics say is out of date and doesn’t address things like consent or modern issues like online bullying, sexting, same-sex marriage and gender identity.

Michelle Emson is the founder and chapter ambassador for Women’s March Muskoka. She says they do support ongoing review of the province’s sex-ed curriculum; just not in the manner Ford’s government is doing:

Women’s March Muskoka says the Progressive Conservative government has broken its campaign promise of holding a consultation process about the 2015 curriculum and is calling for it to remain in place while that process plays out.

Emson says the government needs to talk to professionals, educators, and parents about the issue. She believes teaching material that is 20 years behind the times doesn’t do anything to help protect children: Emson pointed out that the internet is mentioned only once in the 1998 curriculum.

She also wants to stress that the document in question is not just about sex; it is the Health and Physical Education curriculum, of which sexual education only makes up about 10 per cent.

Repealing it, she says, means a lot of other things will be lost as well, and that it doesn’t make sense to go back to 1998 while going through a consultation process.

Women’s March Muskoka is calling on anyone who is worried about their children’s education to join them for the peaceful protest on Saturday.  It’s happening from 1:00pm to 2:00pm.  You can find more information about it on Facebook.