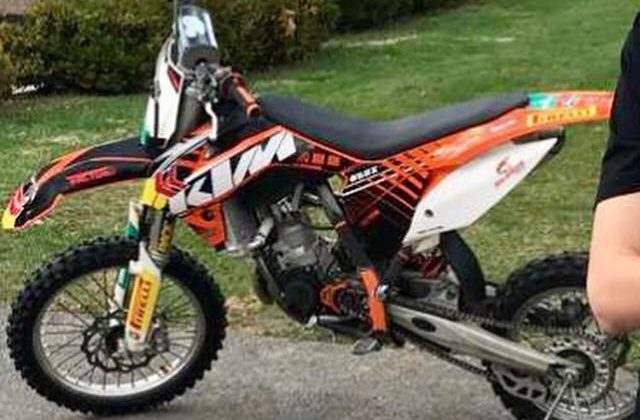 The OPP needs your help to solve a crime in Huntsville.

Last week two dirt bikes were stolen from a property in the Hidden Valley area. Huntsville OPP believes the theft happened sometime between Thursday and Saturday. The bikes may have been driven up Skyline Drive after they were taken from a garage on the property. The bikes are described as a red and white 2017 Honda C.R.F 110 and an orange and black 1985 K.T.M.

Anyone with information on this crime is asked to call police or leave an anonymous tip with Crime Stoppers.