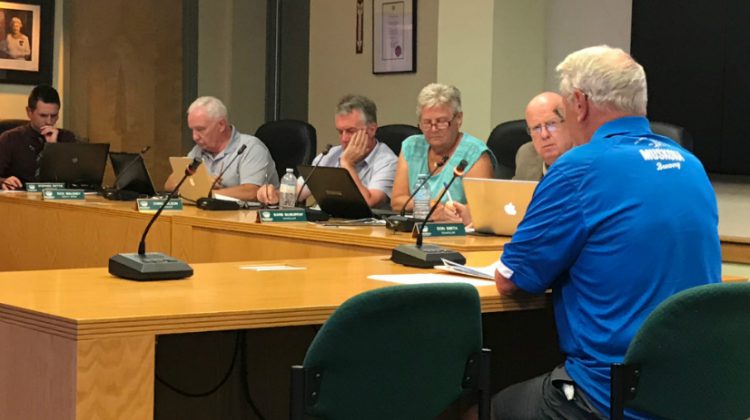 A well-organized contingent of local residents has helped convince Bracebridge council to restrict the size of a currently approved housing project from doubling in size in terms of occupancy.

Inveraray Glen had applied to the planning committee for an increase from 14 to 28 units at the Santa’s Village Way location, but the committee voted down the proposed increase and after deputations from the developer’s engineer and local residents, council upheld the decision.

Lanny McQuain spoke on behalf of nearby residents citing the potential danger to Beaver Creek, which is on three sides of the over 500-acre property. Previous protests against the development in 2014 centered on the number of units and concerns it would be attainable housing geared to renters.

McQuain said all things being equal he would prefer the development didn’t happen at all, a feeling echoed by the two dozen residents on hand.

The final vote upholding the committee decision to not increase the zoning to 28 units was 7-2, with Mayor Graydon Smith pointing out that in order for the town to grow and to get more employees living in Bracebridge, the council needs to sometimes make an unpopular choice.

When pressed about whether the protest centered on a group of long-time residents not wanting their quiet way of life interrupted, McQuain insisted it was about saving the creek.

Mayor Smith says it is always a challenge to balance the needs of existing residents over expanding for the future.

The developer of Inveraray Glen – Evanco Homes, may appeal the decision by council through the new Local Planning Appeal Tribunal – which replaces the previous Ontario Municipal Board. This project got first approval from the Bracebridge Council in 2011.