LESS THAN HALF OF KIDS IN BRACEBRIDGE, GRAVENHURST HAVE AN AVAILABLE CHILD CARE SPACE 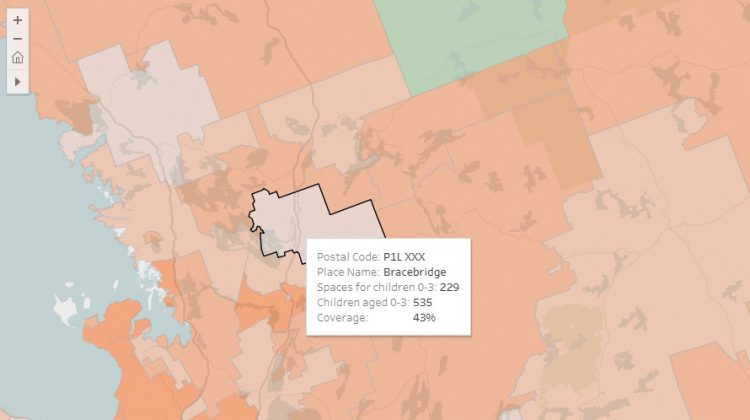 There are only enough child care spaces for 43 per cent of young children in Bracebridge. In Gravenhurst it’s 33 per cent.

That’s according to a recently released study by the Canadian Centre for Policy Alternatives. Similar to the food desert concept, child care deserts are postal code areas with three times as many children as licenced spaces. The study says in Bracebridge there are only 229 spaces for the 535 children that are three-years-old or younger. For Gravenhurst it’s 100 spaces for 300 children.

Overall, roughly 776,000 or 44 per cent, of non-school-aged children in Canada live in child care deserts. You can see a map outlining them at the CCPA’s website.