SUP – Stand Up Paddle Board Making Waves in Muskoka 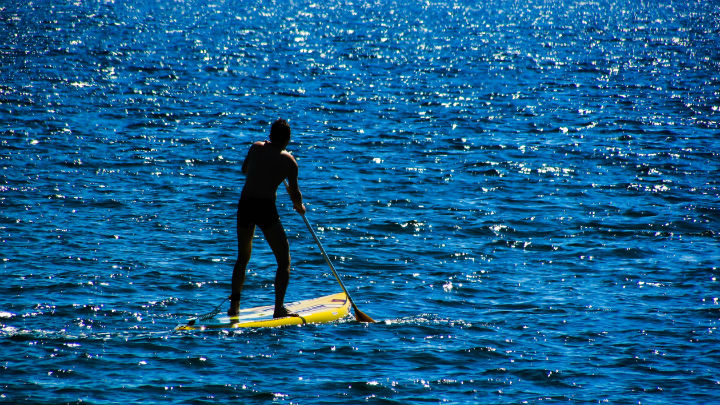 Stand Up Paddle Boarding or SUP continues to rise in popularity. (Pexels) 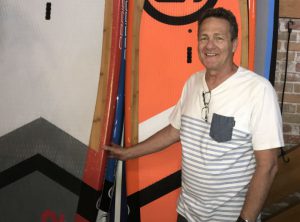 Glen Sharpley of Source for Sports stands next to a high end board in his shop.

In the early days of recreation in Muskoka, the most popular conveyance on water was the humble canoe. Then came the kayak and for a period in the 80s lakes were dotted with windsurfers.

In 2018, more likely than not, you will see the stand-up paddle boarder, SUP for short, and it’s continued to grow in popularity over the last five years. Originating in Hawaii as a way for surfers to get around while maintaining a view of incoming swells, it is now huge. Recent numbers are not available but in 2012 there were 9.6 million SUP outings, and the trend shows that over 40 per cent of participants are female.

Glen Sharpley owns Source for Sports in Huntsville and says the upward growth of the sport has surprised him when he thinks back to windsurfing’s popularity:

He feels the sharp uptake is due in part to how quickly new participants experience success. He says it does not require a huge amount of skill as it is a stable platform:

In terms of moving boards from place to place, he says they are light and easy to carry, but he says the experience in Muskoka is people get the board transported from the store and it lives at the cottage:

Sharpley says the low end of getting into the sport is around $400 though he notes there are boards for half that price at the big box stores. His warning, spend more money on a longer board or you could have problems supporting your body weight: