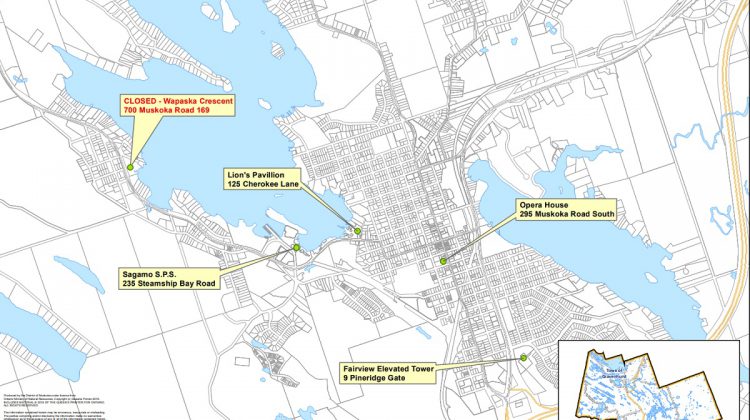 Map from the District of Muskoka showing the tap locations

The District of Muskoka is putting in two new public access water taps in Gravenhurst. That brings the total number of spots in town that people can get safe drinking water free of charge to four.

The two new taps will be installed in the next few weeks. They’re going in at Sagamo Pumping Station, 235 Steamship Bay Road and Fairview Elevated Tower, 9 Pineridge Gate.

The district says these taps help ensure that safe water is easily available to everyone, both residents and visitors. Installing the new taps is the direct result of community feedback calling for them. Fred Jahn, Commissioner of Engineering and Public Works says ”we also received input from the community about preferred locations, which we have balanced with regulatory requirements in place to protect the entire water system.”

An assessment of public water access in Gravenhurst was started earlier this spring after the tap on Wapaska Drive was removed last summer. It had to be removed because a Ministry of the Environment and Climate Change report found it was a potential contamination hazard. You can learn more about municipal water and wastewater services in Muskoka at this website.