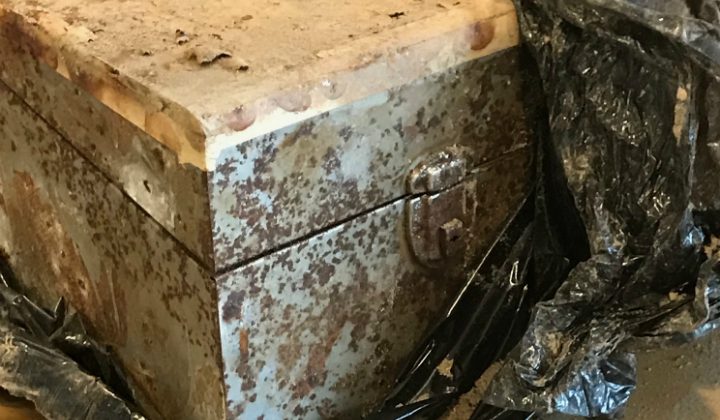 A time capsule buried in 1980 or 81 at Pine Glen Public school has been recovered and will be opened in a ceremony at the school at 9:30 AM Tuesday morning.

Peter Edwards is the principal of the school and he says it was a former teacher, Tom Conlin who had mentioned in passing that there was a time capsule buried at the school. Conlin visited the school and with Edwards, they went about finding where the treasure was buried.

Edwards says once they had a rough idea where it was, two grade 8 students, who had parental permission, crawled in and dug up the box, which measures roughly 30 cm by 30 cm by 30 cm.

Once the idea of opening the box in front of the students was confirmed, no one has unsealed it.

Edwards has a few guesses what might be in there but he is interested to see what the reaction of the kids will be to this remnant of the recent past.