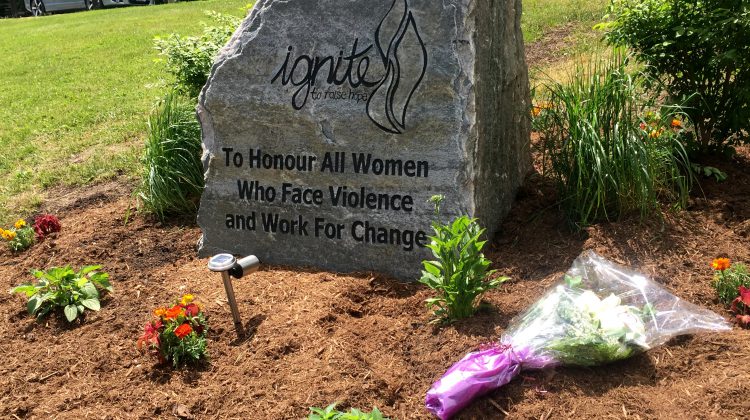 Bracebridge is now home to a memorial for all women affected by violent crimes.

The Ignite Memorial started out as a way to remember a murdered Muskoka student. Former Nipissing Muskoka campus students Avery Saunter and Kirsten Nicolson originally came up with the idea for the ignite memorial after their classmate Lindsay Wilson was shot to death in 2013 by her ex-boyfriend who then killed himself.

Power says this memorial is a good step in the right direction and many people in the community are becoming changemakers working towards ending violence against women.

During an unveiling ceremony on Friday, Power read off the names of many other Muskoka women who were victims of gender-based violence. Power worked in partnership with Muskoka Women’s Advocacy Group, Muskoka YWCA and Muskoka Victim Services and other community organizations to bring the monument to life.

The memorial is set up at Bracebridge Bay along the Muskoka River.