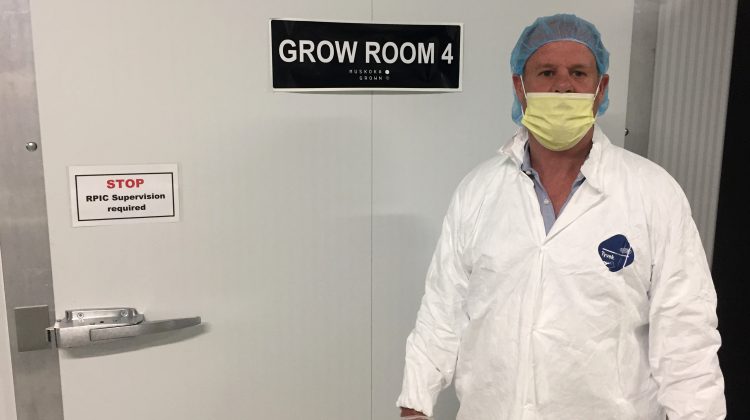 A cannabis-producer in Muskoka is cultivating future economic opportunities in the district.

Muskoka Grown is currently getting closer to securing a sellers licence from Health Canada as it grows two test crops, but CEO David Grand says they’re already eyeing expansion. The first floor of the 65,000 square foot facility in Bracebridge is close to completion for growing, drying and prepping a second floor is in the works.

Grand says they’re purchased 40 acres next to the current property with consideration of another 200,000 square foot facility for even more production.

Grand says if they move forward with the new building, it could bring over 100 new jobs to Muskoka. He says Muskoka Grown will be looking to the medicinal and recreational markets for its sales, with federal legalization likely dropping in late August or September.

Grand says the community support has been very motivating to help him reach his goal to build the facility. Bracebridge Mayor is pleased with the new medical marijuana development