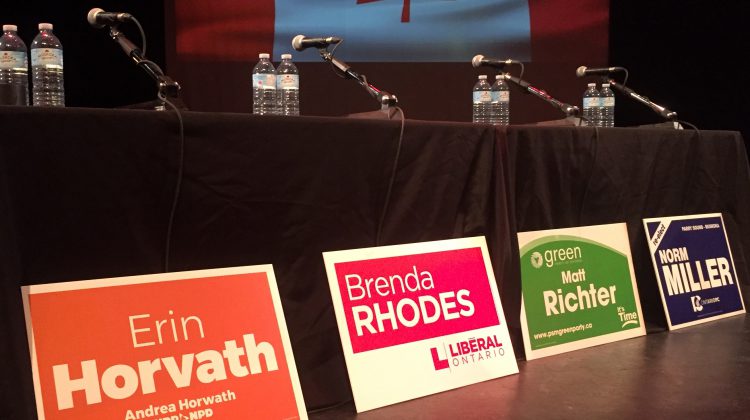 Parry Sound-Muskoka’s provincial candidates are heading to Huntsville for another debate.

The chambers of commerce in Muskoka are hosting the second of three all candidate debates at the Algonquin Theatre tomorrow night.

The candidates involved include PC Norm Miller, NDP Erin Horvath, Liberal Brenda Rhodes and Matt Richter of the Green Party. The four met for the first time in Gravenhurst Tuesday night for the first debate focused on healthcare, housing and economic opportunities in Muskoka.

The upcoming debate runs from seven to nine.