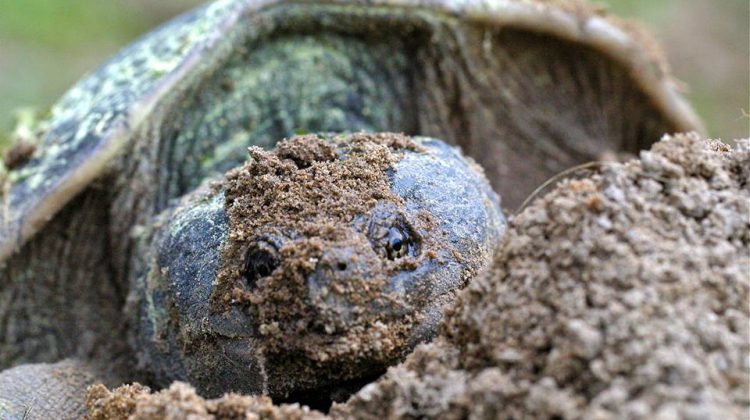 Photo: Supplied by Land Between Charity

You can walk for turtles on May 26th or June 2nd. The Land Between charity and the Ontario Turtle Conservation Centre is having a Turtle Walk in Fenelon Falls on the 26th and in Haliburton and Bracebridge in June.

The Land Between looks after turtles between the Ottawa Valley and Georgian Bay regions. According to Chief Operating Officer Leora Berman, a third of Ontario’s population reside in the territory. She adds that turtles can live over 100 years, and it takes between 30 and 80 years of laying eggs to replace one turtle. Berman did not have a specific number on how many turtles were killed on our roads last year but a state of emergency was declared last year.

She also said that snapping turtles play an important role in keeping lakes clean because they feed on things like dead fish and frogs. The walks are to educate people on the turtle population, as well as raise funds for the Turtle Trauma Centre. Click here to register.