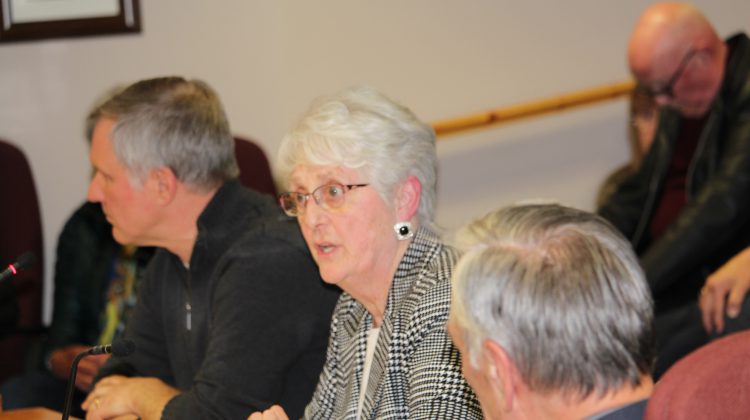 If you have an opinion about the future of Muskoka’s hospitals, now’s your chance to be heard. Huntsville is hosting a public meeting on Monday night in regards to Muskoka Algonquin Healthcare and the Huntsville District Memorial Hospital. The meeting will run as part of the regularly scheduled council meeting, except it will be happening at the Algonquin Theatre as opposed to council chambers to ensure there is enough space.

This comes after March’s council meeting when the town had a motion on the table to ask the Minister of Health to dissolve MAHC and dismiss its CEO and Board of Directors. The motion read the Town of Huntsville and a majority of the community has lost confidence in the leadership of MAHC, that it should be dissolved, and the Huntsville and Bracebridge hospitals revert back to separate institutions. The motion council voted to table.

MAHC Board Chair Evelyn Brown and Chair of the Capital Plan Development Task Force Cameron Renwick spoke to council before that vote, saying they were willing to speak with town officials about the redevelopment progress. Following their presentation, which also went over planning updates, the town decided to table the motion so that meeting could happen.

It’s expected to come back to the council table Monday night.

Muskoka Algonquin Healthcare has been evaluating three options for the future of Muskoka’s hospitals. The first is having two acute care sites, similar to how the hospitals operate now. According to a 2015 cost estimate, this option comes with a $475 million price tag through a combination of new build and renovations. Muskoka Algonquin Healthcare has said it will be looking at new cost estimates for each of the proposed models. If chosen, the acute care site would have beds, an emergency department, general surgery, obstetrics and intensive care. MAHC says these services would be supported by other core diagnostic services and health support. Specialty surgeries and programs, like chemotherapy and complex continuing care, will be at one site only which is how it currently works. The model also has a stroke rehabilitation unit and MRI services at one site.

The second option is designation inpatient and outpatient services at each location, which will cost around $373 million according to the 2015 cost estimate. If chosen, this model would also have emergency services at each location. The inpatient site would include all hospital beds, surgical services, obstetrics, and intensive care, as well as a stroke rehabilitation unit and MRI services. The outpatient site would have services that don’t require an overnight stay at the hospital, like endoscopies, x-rays and other diagnostic imaging, and services like chemotherapy and dialysis.

The third option is moving to a one-site model, which would have all programs and services at one hospital. According to a 2015 cost estimate, it would cost around $348 million to build, but MAHC says it will be seeking new cost estimates for each of the models the task force is currently considering. Monday night’s council meeting is open to everyone and gets underway at 7:00pm.