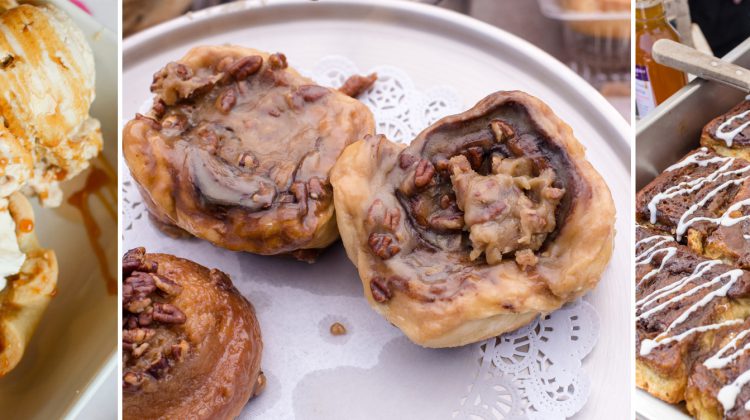 Some of the treats you can try out at the Maple Fest. Photo by the Huntsville/Lake of Bays Chamber of Commerce.

Huntsville’s downtown core is blocked off to drivers on Saturday for the Muskoka Maple Festival. The event starts at 9:00am with a Sap Run for Kids, a new event this year where youngsters aged three to 13 can take part in the 500m or 1km fun run.

Roads affected by the Fun Run include:

The Huntsville/Lake of Bays Chamber of Commerce says the event will be fun for the whole family. The schedule includes an all-day pancake breakfast, a wildlife caller, live music, street buskers and a drum circle. So far it’s looking like the weather will hold out, Environment Canada is calling for sunny skies and a high of nine degrees.