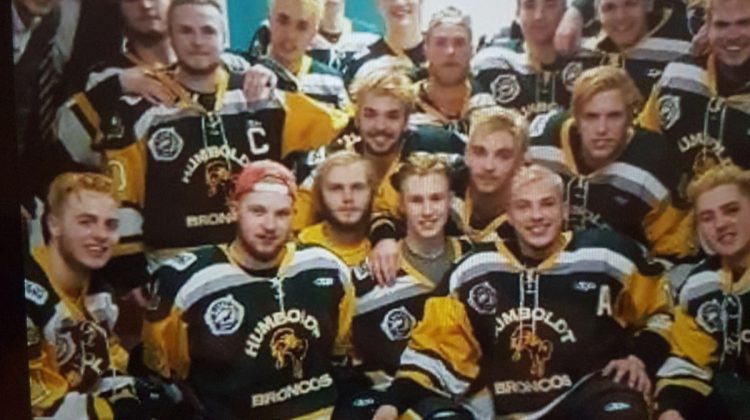 Muskoka is coming together to show its support for the Humboldt Broncos. A vigil is planned for this Friday at the Bracebridge Arena at 7:00pm.

Bracebridge Deputy Mayor Rick Maloney says everyone was shocked and numbed by the tragic news on Friday, when the junior hockey team’s bus crashed, killing 15 people. He says it’s had an impact across Canada, including here in our own community.

Maloney says to hear of a loss of a hockey team hits close to home in the community and residents were looking for a way to help and show support. From that, Maloney says a group got together to plan the vigil. Maloney says if you have a team sweater or a favourite jersey, wear it to the vigil.

Maloney also notes the community has been interested in showing their respect and sorrow for the victims of the crash, the families, and the entire town. The GoFundMe page to raise money for the families has almost doubled its $4 million goal, currently sitting at around $7.3 million.

Muskoka students encouraged to wear a jersey for Humboldt Broncos