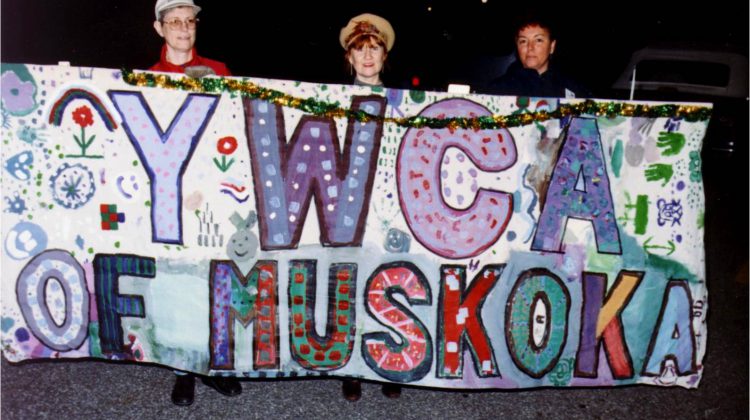 Some of the original board members; Barb Leek, Maria Duncalf Barber, and Gayle Dempsey. Photo supplied by the YWCA.

A group of advocates for women’s rights in Muskoka are getting special recognition. The YWCA Muskoka is honouring the 21 founders of the community group with the 2018 Maggie Ringling Award, which is handed to individuals or groups that advance opportunities for women and girls, break down barriers, and promote economic equity.

Executive Director of the YWCA Muskoka, Hannah Lin, says the YWCA board picks the recipients every year, and choose those who have made a difference to the landscape for women and girls in Muskoka. For example, Lin says the first award was given to two Muskokans who founded women’s hockey in the district. This year is the 20th anniversary, and Lin says the idea to give it to the founders came when the board looked back the organization’s history.

She says it was a big group, so they picked the founders and added a few more community members as well. The full group of people being honoured with the award is as follows:

Over the last 20 years, Lin says the YWCA’s original vision from those founders has stayed the same, which is to have a community organization that serves and supports women and girls across the region. But, she says what has changed is the size of the organization.

However, Lin says society is still dealing with misogyny and patriarchial decisions on issues that disproportionately affect women and girls.

The group of founders held the YWCA’s first AGM on March 8th, 1997 at Browning Hall in Bracebridge. Lin says several of them were Ringling’s close circle of friends and were with her when she died in 1994. Ringling, for whom the award is named after, was renowned for her work in developing support services for women and children. The award will be officially handed out at this month’s AGM. It’s happening at the YWCA Muskoka Gathering Space, at 440 Ecclestone Drive in Bracebridge, on April 19th.

Community and YW members are welcome, and can RSVP by emailing office@ywcamuskoka.com or calling 705-645-9827.