Muskoka Fire Danger Rating now being monitored across the district 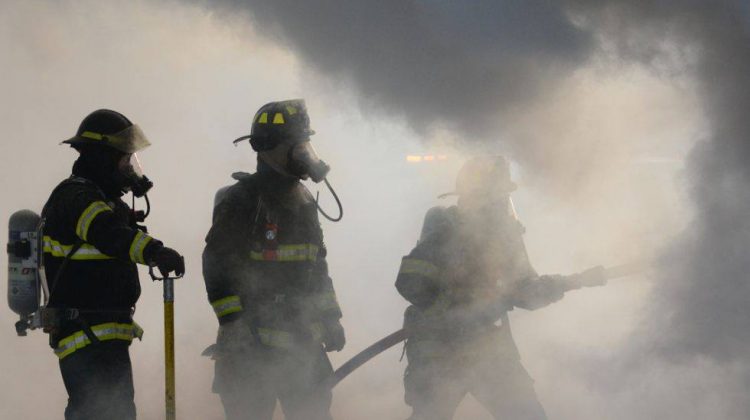 The fire season is underway, and officials are keeping an eye on the danger rating. The Huntsville Fire Department says the Muskoka Fire Danger Rating is monitored from the beginning of April until the end of October, which is verified every day and updated when the rating changes. Right now, the rating is set at low and you can stay up-to-date by calling 1-877-847-1577. The rating is determined through an international method of determining the risk of fires in open-air, called the Fire Weather Index. It looks at humidity, temperature, rain, wind direction and wind speed. The fire chiefs of the six municipalities in Muskoka and the Ministry of Natural Resources and Forestry consult to make the rating.

The No Daytime Burning bylaw is now in effect for Muskoka, which means open-air burning isn’t allowed between 8:00am and 6:00pm. Campfires are allowed at night, however they must be within an open air burning device or fire pit that’s no bigger than two feet by two feet, according to Huntsville and Bracebridge bylaws. The fire pit also has to be at least 20 feet from any adjacent property or combustible object. Recreational fires can’t be used to burn yard waste, including leaves, green wood, grass and pine needles. It also has to be attended at all times with water or an extinguisher nearby and must be fully out at the end of the night.

Barbecues are exempt from the bylaw, as long as it’s supervised at all times and uses charcoal, briquette, natural gas or propane.

The Ministry of Natural Resources and Forestry is always raising awareness about the risks of forest fires. Officials say people are spending more time in forested areas as community limits extend, which means being safety conscious and fire smart is so important. Last year, the MNRF recorded 776 forest fires in Ontario, up from the 641 in 2016. So far, none are burning in the province.

#ForestFire season starts today! If you've piled #firewood near any structures (house, cottage, garage, shed, fence…etc) over the winter, it's time to move it at least 10 metres away from any structure on your property to keep them safe from the spread of a #forest #fire. pic.twitter.com/cQT5NjvD9I