Huntsville Junior-C Otters wrap up their season with awards ceremony 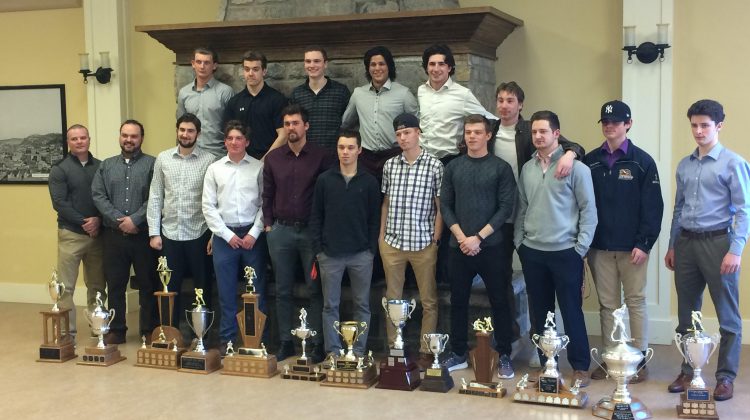 It may be a bit earlier than hoped, but the Otters are finishing the hockey season in style. The team held its season-ending banquet ceremony over the weekend where various players were presented with awards like Rookie of the Year and Excellence in Sport.

Co-Coach Marc Gagnon says it was a great evening, but they would have preferred to still be playing right now and instead be holding the banquet in May after playoffs are over. The team was knocked out in round one of the playoffs, during game seven against the Caledon Golden Hawks.

But, he says they are very proud of the team they had this year and the trophies are meaningful to the players.

When it comes to making the decision of who will win which award, Gagnon says Co-Coach and General Manager of the team Brent Tomlinson and himself talk every day about the players, and when it came down to picking names it was a difficult decision. Tomlinson says some of the awards are statistically based so those ones are easy to check off, but they are lucky the other ones are difficult decisions because it means the team has a lot of different talent levels. He says having those tough decisions is a good problem to have.

Looking ahead to next year, Tomlinson says they’re hoping for a better start to the season.

Both Tomlinson and Gagnon are back next year, and say they are already looking to build and add depth to the team.