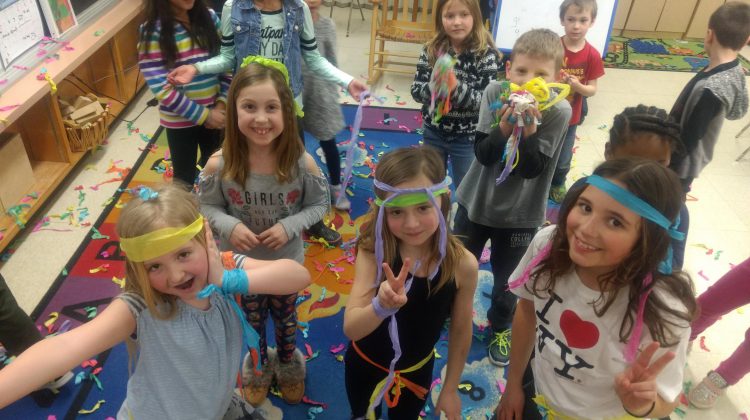 Photo: YMCA kids take part in the Moving and Grooving fundraiser. Supplied by the YMCA.

The community will be moving next month to bring in some cash for a non-profit. The YMCA is hosting its annual Move to Give campaign, which takes place in eight communities in the Simcoe-Muskoka region at the same time. YMCA Centre Manager for Parry Sound, Mike Cooper, says the event is for residents to sign up and take part in fitness challenges in order to raise money to help provide people with access to YMCA programs.

Cooper says the event aims to bring in more than $100,000 across the region to help kids and families access programs, regardless of their ability to pay.

The fundraising has already begun, as 78 YMCA Child Care programs across Simcoe-Muskoka hosted a mini-fundraiser called Moving and Grooving which collected over $24,000 to go towards the total goal. Cooper says all of the money raised will help to eliminate the financial barriers that community members may be facing. Some of the events include a five-kilometre fun run or walk in Gravenhurst, a two-hour multi-activity challenge in Parry Sound, and yoga and aquafit in Orillia. The YMCA says it serves one in five people in Muskoka and Parry Sound.

More than 1,300 people took part last year and the money raised helped to provide over 15,000 people access to YMCA programming. Over $108,000 was raised in total. You can sign up for this year’s event and start raising pledges on the Move to Give website. It’s all happening on April 7th.