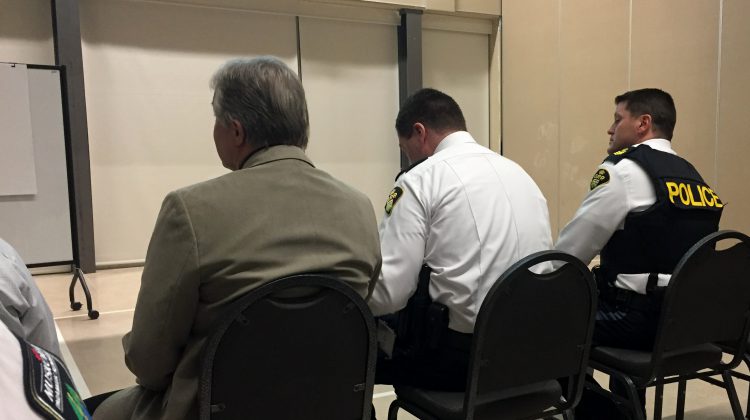 Muskoka Commissioner of Engineering and Public Works Fred Jahn says creating a Safe Roads Campaign in the district is a big job and community engagement is the first step. Jahn says a stakeholder meeting held Tuesday night was very helpful.

During the meeting officials from the OPP, the Ministry of Transportation, Muskoka Paramedic Services, local fire departments and Muskoka municipalities like Lake of Bays, Bracebridge and Huntsville came together to have an open discussion about the biggest problems on district roads. Many felt distracted drivers and speeders were problematic, especially in the summer, followed by alcohol and drug-impaired drivers. OPP officials warned there may be more issues with impaired driving when marijuana is legalized in Canada in the summer.

Jahn says the next step in building this strategy is bringing these stakeholders back together to continue the brainstorming process.

Jahn says the district will be releasing a public report with all of the ideas discussed at this meeting. He says they hope to a more specific strategy ready by the summer.