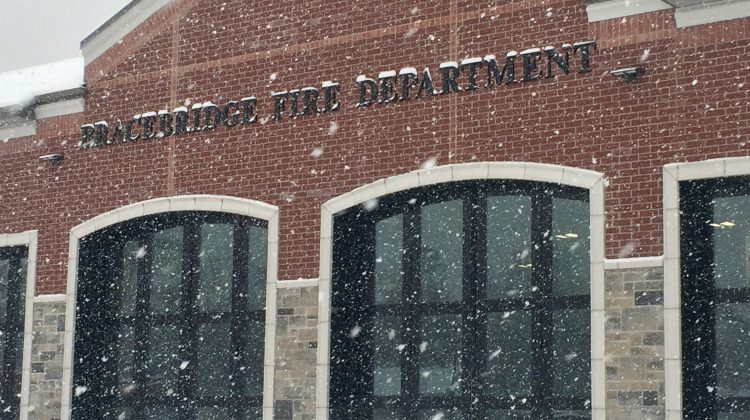 Firefighters in Bracebridge have a new place to call home.

The new fire hall is officially open for business and the firefighters are in the process of moving all the gear and equipment over. Fire Chief Murray Medley says while the trucks are there, it will take quite a bit of time to get the rest of the odds and ends moved.

Medley says the new site on Taylor Road is perfect because it’s close to Highway 11. He says they were lucky to find such a big piece of land in town.

The new build is a joint venture between the town and the District of Muskoka. It cost just over $7 million and the price tag was split in half between the two sides. The district will be using half of the building as a dispatch for Muskoka Paramedic Service ambulances.

Town officials are still looking for a buyer for the old fire hall on Quebec Street.

Bracebridge Councillors pitch in to help move some of the gear into the new hall. Photo Credit: Submitted by Jill Harris with the Town of Bracebridge

Photo Credit: Submitted by Jill Harris with the Town of Bracebridge