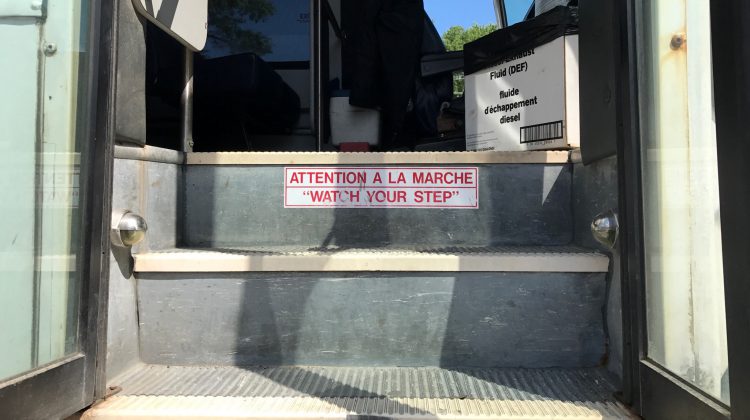 Huntsville is moving forward on a proposal to expand the town’s transit system. Accessibility Advisory Committee Chair, Debbie Kirwin, spoke to the town at this week’s committee meeting asking $60,000 be put into a consultant fee for ideas on how the system can be improved. Kirwin pointed out a number of issues with the current bus system, like the two-hour wait time in between buses, the lack of shelter from winter weather and no benches at the bus stops. She also noted the current specialized buses have hydraulic lifts, which are time consuming, only meant for wheelchairs, and forces users to sit at the back of the bus. She says an extendable access ramp would be a better system because it could be used for wheelchairs, strollers, seniors with canes, or even someone carrying a lot of groceries.

Committee also heard from Director of Operations and Protective Services Steve Hernen during the meeting, who recommended the $60,000 be put aside for the consultation fee. However, after discussion around the table it was decided $20,000 from the transit reserve fund be used instead, as the majority of councillors agreed it shouldn’t cost more than that for a consultant. The town isn’t going to go looking for one just yet though, as Hernen said they need to first come up with a better idea of what needs to be done and what specific improvements they want to see.

Council is going to discuss the report from Kirwin at an upcoming meeting, and then a Request for Proposal will be sent out and bids for the consultation work will be accepted.

Take-home COVID-19 tests to be offered at Ontario schools