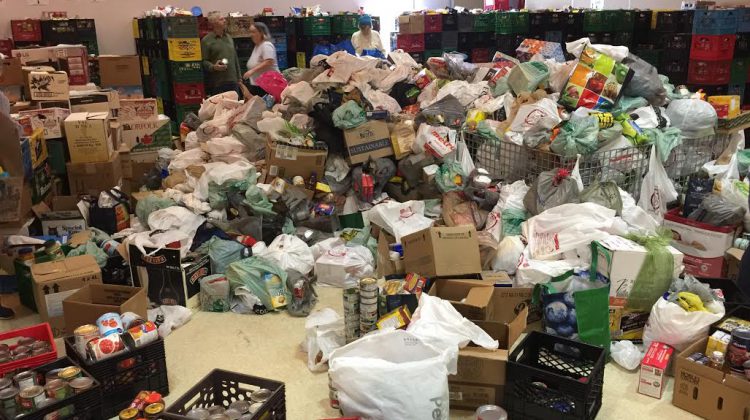 Keep your porchlights on tomorrow night to help local families in need. The Huntsville/Lake of Bays Fire Department is going door-to-door to collect non-perishables for our local branch of the Salvation Army, for the 29th annual Project Porchlight Food Drive.

You’ll see emergency vehicles with their sirens on and lights flashing throughout Huntsville, as the fire department splits up into multiple groups to hit as many areas of town as possible. The food drive gets underway at 6:00pm.

Fire Prevention Officer Mike Madlja says the food drive has been a tradition of the fire department for a very long time, and everyone is supportive and giving. He says they are truly grateful for everyone’s generosity, from the volunteers who help out to the residents who contribute.

Salvation Army Major Darren Wiseman says if you want to donate, have a bag of food ready to go.

Once the fire department is done collecting donations, everything goes straight to the Salvation Army.

Wiseman calls the night chaotic, but so much fun. He also says the Salvation Army is always welcoming volunteers, and anyone who wants to help out can show up tomorrow night to sort the food. If you aren’t able to donate tomorrow night, you can drop food off anytime at the following spots: