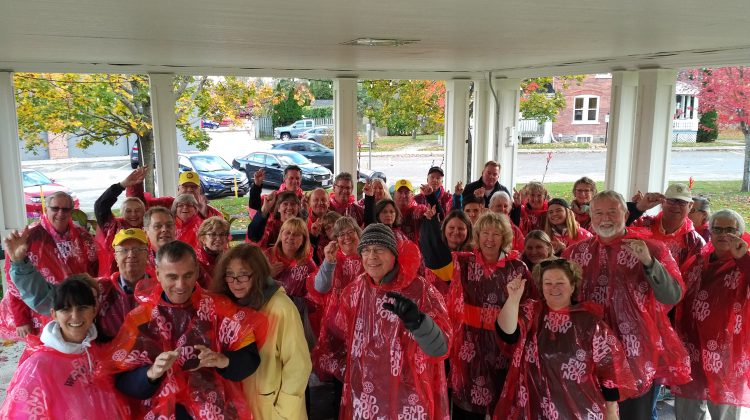 Rotary Clubs across Muskoka are hitting the streets to fight Polio.

On Tuesday afternoon, members from clubs in Gravenhurst, Bracebridge and Huntsville walked to raise awareness and funds to bring an end the Polio worldwide. Rotarian Marg Walton says, while North America has been Polio-free since the 90s, the disease is still causing issues in other parts of the globe.

Walton says this year there were only 12 reported cases of Polio between these two countries. She says Rotarians are the ones on the ground giving Polio immunizations to children in these countries.

Rotarians that walked in each community purchased ponchos and five dollars from each sale will go to Rotary International for the End Polio Now initiative. You can find out how to donate to this cause here.