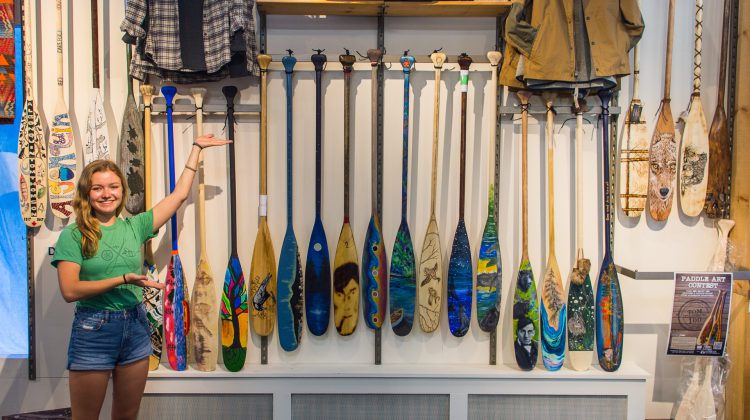 Photo: Some of the paddles that were up for auction. Supplied by Randy Mitson.

Over $20,000 has been raised in support of art and culture in Muskoka.

Algonquin Outfitters recently announced the final amount collected from the Paddle Art Auction. Over 200 decorated paddles were donated by locals for the auction and officials say they had nearly 3,000 bids. The auction as created in

The auction as created in honour of the 100th anniversary of the death of artist Tom Thomson. The money will be used for Oxtongue Lake for Arts and Cultre and Huntsville’s reserve fund for public art acquisition.