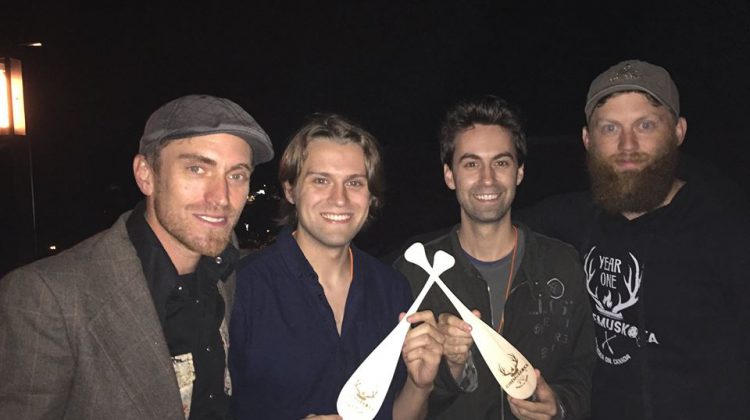 Brodie and Evan Cooper receive a paddle award from Cinemuskoka for their short horror film 'The Armoire'. Photo Credit: Courtesy of 'The Armoire' Facebook Page

The next big movie duo could be coming out of Muskoka.
Bracebridge brothers Brodie and Evan Cooper are taking on the independent film circuit in North America with their short horror flick ‘The Armoire’. The film debuted at the Cinemuskoka Film Festival in Huntsville last weekend and picked up an award for Best Horror Short. Brodie Cooper says the film revolves around a woman that has moved to California to chase her dream of becoming a movie star.

The brothers already have plans for the next step in their movie careers. They have written a script for a feature-length horror film that could be shot in Muskoka. Cooper says they’re going to be featuring ‘The Armoire’ at various film festivals looking for interested investors to kick off their next film.

You can keep up with the brother’s adventures through the US here. Cooper hopes to be able to release ‘The Armoire’ online sometime next year.