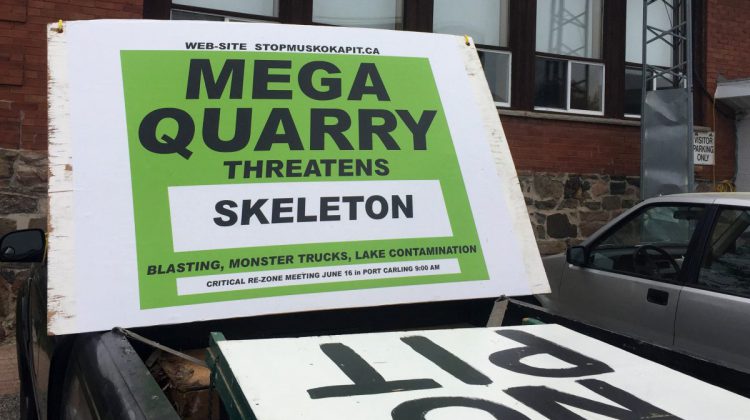 A vetoed quarry project in Muskoka Lakes is being reviewed by the Ontario Municipal Board.
Frank and Elizabeth Lippa have officially filed appeal paperwork with the OMB regarding rezoning application for the proposed Lippa Quarry. A rezoning application filed on behalf of the Lippas was denied by Muskoka Lakes Councillors on June 16th. The land is currently zoned as rural and would need to be rezoned to industrial for the quarry to be built. Councillors rejected the application after hearing heavy opposition from local residents at a public meeting held on the same day. Hundreds of residents packed the Port Carling Community Centre to speak out with concerns about silica leaking from the quarry into the nearby Skeleton Lake and constant construction driving down property values in the area. According to the OMB there are no hearing dates scheduled yet for this appeal.