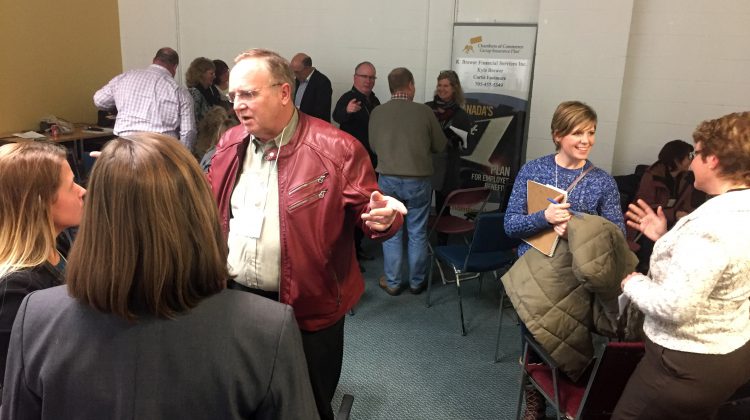 Photo Credit: Submitted by James Bowler, Moose FM Staff
The Bracebridge Chamber of Commerce is undergoing a name change.
During the AGM last night, members voted on rebranding to change the name to the Muskoka Chamber of Commerce.
Executive Director Brenda Rhodes says the change won’t just be in the name.
There were some concerns and objections brought up during the discussion over the rebranding.
Bracebridge Deputy Mayor Rick Maloney says he feels like the chamber might be jumping into this without a fully realized plan.
Maloney expressed his displeasure that the town hadn’t really been involved in discussions leading up to this decision.
Rhodes says their connection with the town will not break during this change process.
General Manager of the Muskoka Lakes Chamber of Commerce Norah Fountain said before the vote that she was not on board with partnering together at all or with this rebranding strategy.
Despite some of the arguments against the change, the motion was passed with a vote of 31 to six.
Chamber staff have also already worked out a deal with the Port Sydney/Utterson and Area Chamber of Commerce to partner together.
Rhodes says with this new position the chamber officials have taken, all businesses in Muskoka will be welcome to join as members.
Meanwhile, Maloney says despite the confusion the town will still look forward to having discussions moving forward with the Muskoka Chamber staff to help them transition.

He says this new chamber name does have the ability to provide Muskoka businesses to advertise on a larger scale than just in our own backyard.The name change is immediate and Rhodes says the staff with the Muskoka Chamber of Commerce are looking forward to having open discussions with other area chambers moving forward.