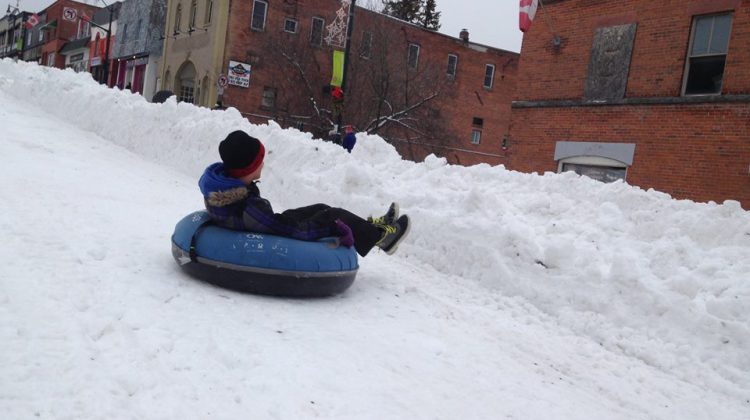 Photo Credit: Submitted by James Bowler, Moose FM Staff
Following a very successful inaugural run in Bracebridge, the Fire and Ice Festival is coming back with some new ideas.
On January 28th, the second annual run of the festival will kick off and BIA Administrative Coordinator Tracy Larkman says they’re bringing back the most popular feature from last year.
She says they were not expecting the tube run to do so well last year.
Larkman says there are some new features to expect as well including an Ice Princess Magician to balance out the fire street performer.
She says some child-favourite Disney characters will also be returning to meet with the kids.
There will also be a ball hockey tournament and a beer garden set up downtown as well.
Fire and Ice runs from 9:00am to 9:00pm on Manitoba Street and buttons are $5 for adults and $3 for kids up to 12-years-old with children under six getting in free.
Buttons will be on sale in January at the Bracebridge Visitor Information Centre and a few other locations in town.