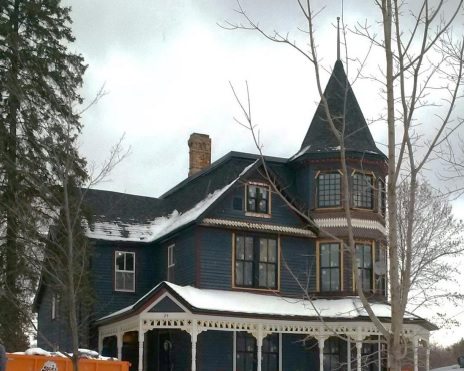 Huntsville Mayor Scott Aitchison is throwing his support behind the Hart House renovations. Huntsville’s Manager of Arts, Culture, and Heritage Teri Souter, was at council last night to give an update on the renovations. During that presentation, Aitchison commented about online critics of the project. He says there’s been a lot of nasty comments made on social media about the staff, which he is disgusted by. He says Souter has done nothing but an admirable job.

During the meeting, council approved some changes to the renovations. Souter says they are replacing the windows, and changing the old wood siding to a stone veneer.

Souter says in general, the goal of the project is to replace the parts of the home that are falling apart with similar materials, so people can appreciate and understand the heritage. She says it’s a balancing act between the benefit, the look, and the overall sustainability and longevity of the updates.

Hear the full comments from Aitchison below: