Legion floods again, closed for the rest of the week 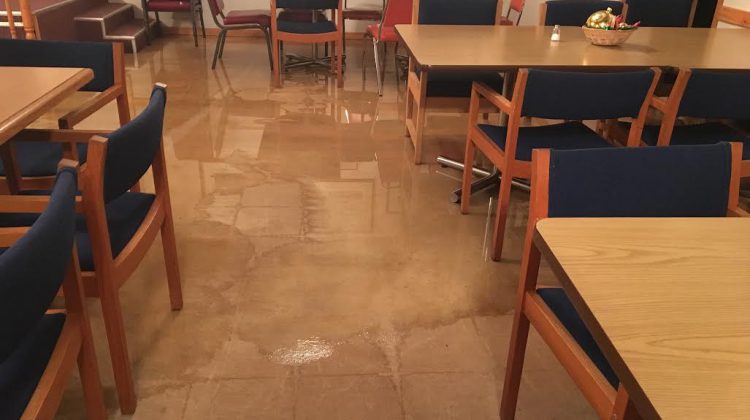 Photo: Today's flooding at the Legion. Supplied by Taylor Ablett.

Huntsville’s Legion branch has flooded again. This is the second time since mid-October the building is being closed because of water damage. President Bruce Frank says the leak was never fixed the first time, and with this week’s rainfall, it flooded again.

Frank says the Legion wasn’t given the green light to spend that $10,000 to fix the original leak until this week. And, it was too late as the building already flooded.

He says it flooded the first time because of a supposedly abandoned storm sewer.

But, Frank says they have no idea where this pipe comes from, and the blocked water has no place to go but inside the Legion. He says he hopes to have contractors in on Monday to start the repairs.

In the meantime, the Legion will be closed for the rest of the week, with a potential re-opening date of Saturday. Friday’s lunch will be cancelled.