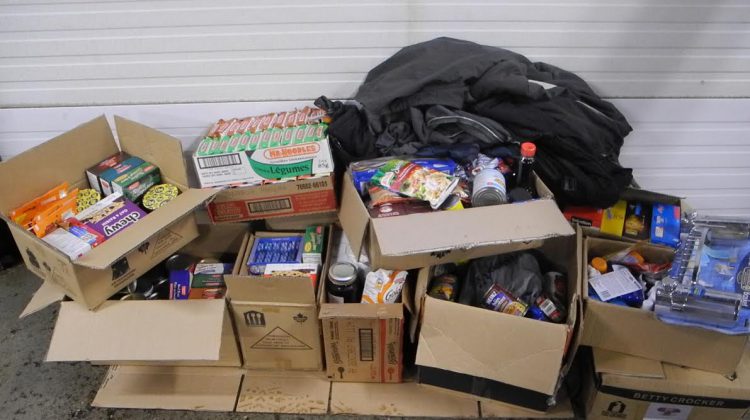 Photo Credit: Submitted by Bracebridge OPP
Officers with Bracebridge OPP have experienced a night out in the cold with not much more than the clothes on their backs.
On Friday, officers spent the night in minus four weather to raise money for Push For Change.
Officers David Hallet and Tammy Whitehead were able to raise over $600 and took in a few food donations as well.
Officials say the officers were also offered hot chocolate and soup by visitors that came by to make donations.
Push For Change looks to battle teen homelessness in the country.