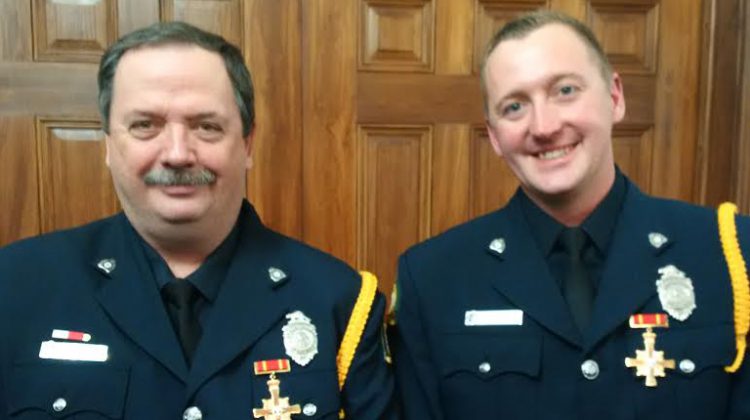 Photo: Bill Brazeau and Ryan Brazeau at the ceremony. Supplied by Jason Harnett, Town of Gravenhurst.

Two Gravenhurst firefighters are the first in Muskoka to receive the Ontario Medal for Firefighters Bravery. Bill Brazeau and Ryan Brazeau are being recognized for their work in 2014, when they tried to rescue a man trapped in a burning home.

The father and son duo went into the home on Highway 11, which was up in flames, to look for the man. While inside, the blaze turned into a “hostile fire event”, and they had to quickly escape. Both suffered serious burns, and were hospitalized for nine days at Sunnybrook in Toronto.

Gravenhurst Fire Chief Larry Brassard says the two men did what all Muskoka firefighters are trained to do, and put themselves in harm’s way to try and save someone’s life.