Cavalcade Ford Bears make it to semi-finals in weekend tournament 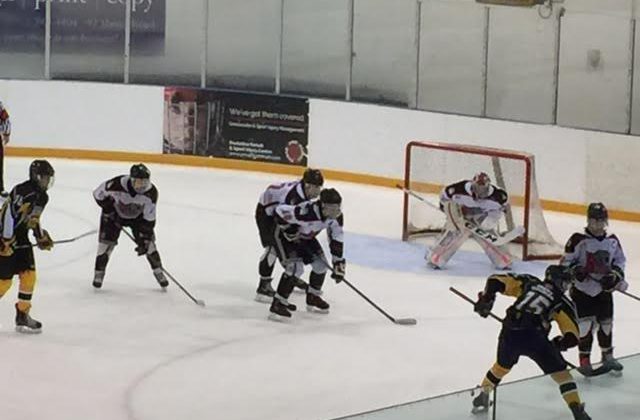 Photo Credit: Submitted by Mary Lyndon
The Cavalcade Ford Bears had a busy weekend while playing in the annual Bob Beaumont Memorial Bantam Hockey Tournament.
The Bears cleared the first three games winning 1-0 against Temiskaming Shores, 4-1 against the Innisfil Winterhawks and 4-1 against the Ottawa Sting.
However, in their semi-final game facing Temiskaming once again, the bears lost 5-4.
Head Coach Dan Blum says the coach staff was very impressed with the way the team played.
He says the players are showing a lot of improvement and demonstrated great character during the tournament.