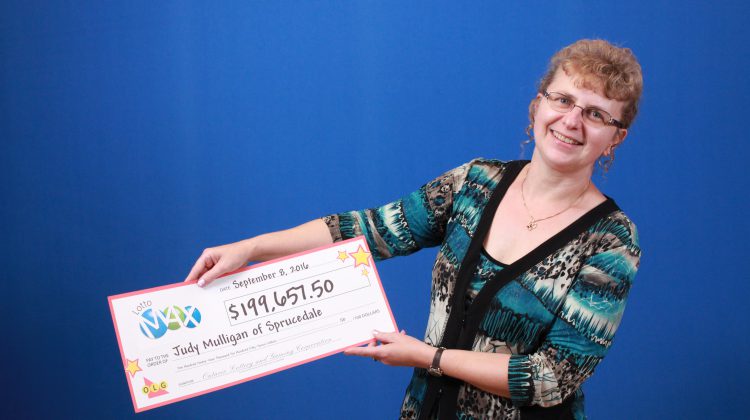 Photo Credit: Submitted by OLG
A Sprucedale woman is dreaming big after winning nearly $200,000 with Lotto MAX.
Judy Mulligan says she was just picking up a few lotto tickets at Kirk’s Gas and Convenience in Sprucedale, following a trip to Huntsville, when she bought the winning ticket.
Two weeks later, she checked it out and couldn’t believe she had won.
She says her husband couldn’t believe it either until she showed him the validation slip.
Mulligan says she’ll be putting some money away for retirement as well as sharing a bit of the winnings with her two sons.
She adds she will at least be buying something special for herself as well.